Must Go's: Kiehl's Party Update - I Got An Invite!!

Friday, the 15th of January 2010, a day that will live with me forever. That was the day of the longest annular solar eclipse of the millennium and will remain the longest until the 23rd of December, 3043! And where was I? At Miu’s Superhero () Birthday Party of course! The party’s actual name has been misused so many times even I have forgotten what it was originally called. Anyway, I got an invite! Woo hoo… 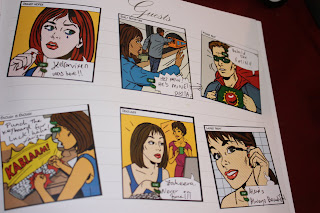 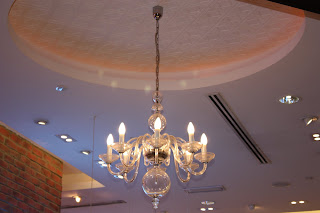 So it was the Superhero party of the century hosted by Kiehl’s! Everyone (ok, almost everyone) came dressed up as their favourite Superhero. Those sighted were SuperMiu, SuperMom, Catwoman, Elizabeth Swann, and Fly Devil (don’t worry, I’ve never heard of Fly Devil either!) But what did I dress up as? Well, ME of course! Haha…I supported in a red ensemble (let’s just put it that way shall we). 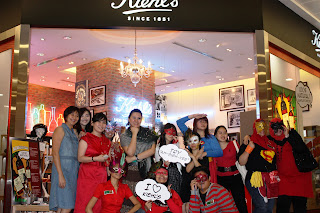 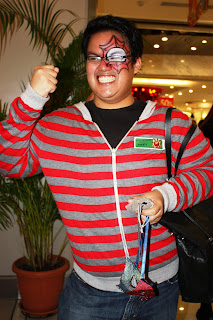 The activities of the day were held right outside the Kiehl’s store in 1 Utama. Thankfully they occupy a corner lot. There were Q and A games, a mini “treasure hunt” encompassing the store window, a Best Dressed award giveaway, a 2 minute intro to their new Acai range plus a self demo, face-painting, eating, drinking, and mingling! 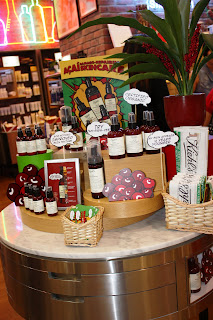 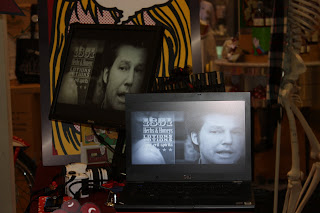 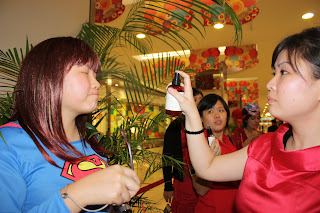 Miu trying out the Toning Mist

Oh, and CAMWHORING of course! Boy, were there a lot of cameras in the house that day! We could have opened a camera shop right there and then! 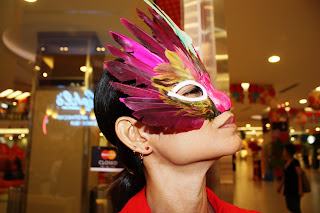 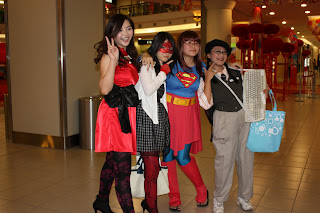 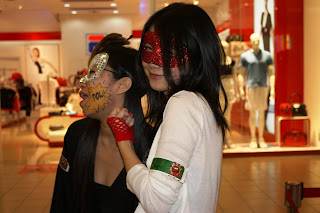 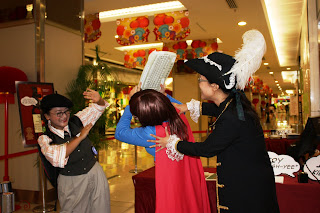 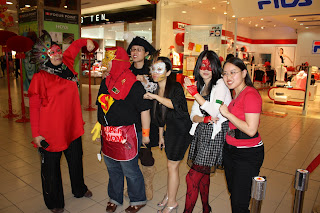 Did I mention there was Camwhoring??

And as it was a Super Kiehl’s parties, good food was aplenty! I wasn’t even expecting to see food at that hour! 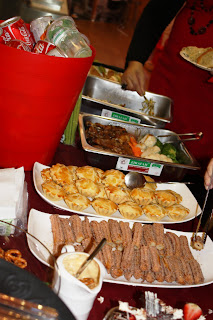 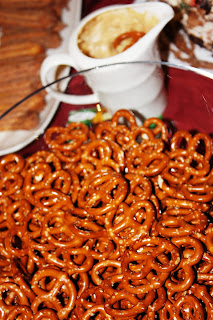 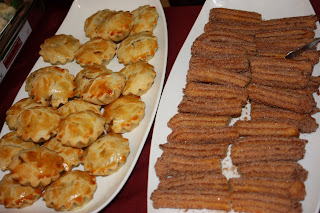 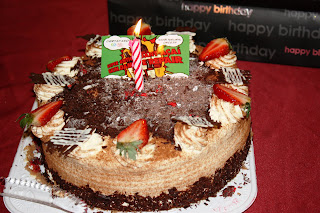 Cake! For Miu and I! How generous are they!

Now now, we will get on to the prizes and promotions. First up was the Q and A session based on the 2 minute intro. Nadia Yap, PR Manager, acted as the questioner and was almost bombarded with the then pre-scrapped “ring-the-bell-before-answering” procedure. 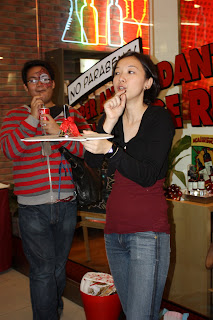 It's Elementary My Dear Superheroes! 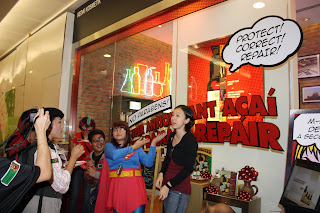 Then came the mini treasure hunt and after that the Best Dressed giveaway! It was no big surprise who won. Or was it? We all thought SuperMiu would win! Check out the costume, that pose, the Miu-ness!! 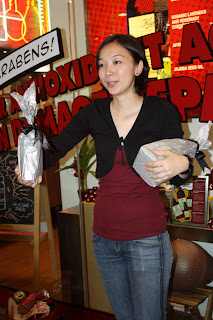 Look at them Prizes!! 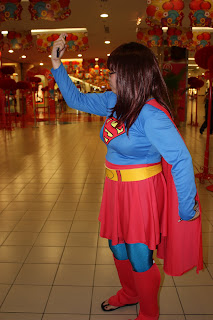 But, since the party was held for her, she was sadly cut out. SuperMom ended up winning the grand prize! Followed by Supernerd, and some Consolation prizes going to Catwoman and Elizabeth Swann. 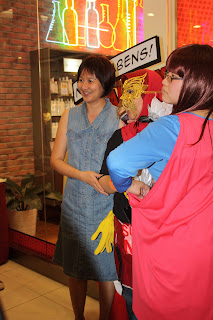 SuperMom to the Rescue! 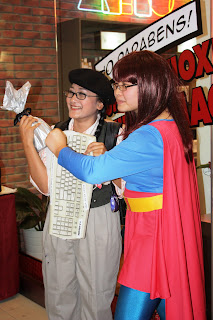 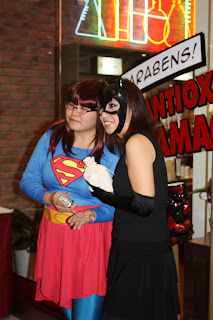 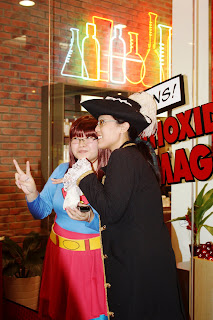 No one went back empty handed! Goodie bags were given out, the recycling bin filling up, and purchases made. 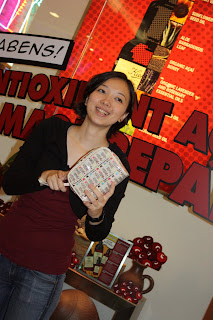 Buy 2 Acai Berry products to get 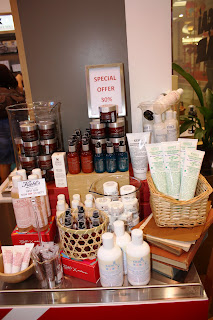 I went back with an extra pressie! Oh, did I forget to mention, it was also MY BIRTHDAY that day! So what did I take home? A special goodie bag courtesy of the generous Kiehl’s 1 Utama and a Kiehl’s pressie boxful of Kiehl’s (yes I do love the brand!) goodies from Miu! Yay me! More stuff to review now. Everyone should stop feeding my addiction. NOT!

This was the most memorable birthday I have ever had and will remember forever. A BIG THANK YOU to Kiehl’s for hosting yet another SUPERb party and to Miu of course for inviting me as well as the amazing pressie!

*Will post my pressies from the Kiehl's Party in another post. This one is way too long!

By Life's Simple Pleasures at 3:59 AM