Finally, one of my idols (pun not intended) gets to come to Malaysia! 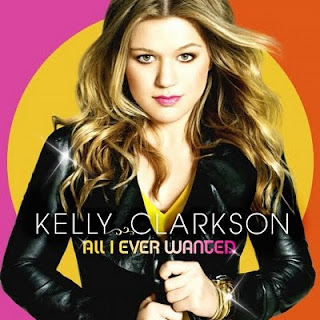 No cookies for guessing where I’ve just gotten home from! I got to the stadium an hour early to beat the traffic. Walked around and picked up the normal pre-concert freebies ie. balloons and posters. I was skeptical regarding the weather, it rained this afternoon, but thank goodness it didn’t come down. Firstly, I apologize for the lack of photos. We weren’t allowed to bring them in. Not like there was ever ANY way that I could have smuggled my ginormous DSLR in there anyway.

Inside the stadium, I was seated at Block 2, pretty much right in front of the speakers. And boy where they big and aplenty. This was half an hour before the stated 8pm showtime. The crowd was thin and I had a lot of space to myself. We were seated at the corner, yay!

10-20 minutes before 8pm, a Hitz Fm member named Natalie (I think) came on stage and prompted the crowd to cheer. By this time the stadium was practically full. Posters were flung, screams were shouted. Big whoop in my mind. We were then told who the pre-Kelly fill-ins were going to be. Suki ( Sookie??) and Jaclyn Victor to be exact. Found it funny when Natalie shouted that Suki would be coming out. Know why? Everyone around me turned to each other and asked their partners, “Who’s Suki!?!” I was one of them. Haha…

At about 8pm, a van/sedan drove in through the tunnel, shouts filled the stadium. But no, it wasn’t Kelly. It was Jaccyn and Suki. Jaclyn started the show with a medley (a LONG one) – her quote NOT mine. I found it more of a mini Jaclyn concert in itself. Pretty good start to the show! Then Suki came out in what I could have sworn was a wedding dress. A red one at that! With a big poufy red train! She started with a violin rendition, a BAD one. And that was besides the technical volume difficulties! She then sang a Malay song to which most of the crowd didn’t know. Sigh…

At 8:30pm the van/sedan left and another flashier one came in its place. THAT was Kelly’s van!! Woot! Just before 8:35pm, the lights went down, the band took their places, they started drumming and picking their strings and then KELLY CAME OUT!!! And BLASTED!!!!

She rocked, rolled, and jumped about for 90 minutes straight with second-intervals (few seconds). The lights were used to the max, the bass and guitars rocked HARD, and Kelly jumped all over the stage, singing with all she had.

What I witnessed was a no-nonsense concert, no video montages, very little props, no rehearsed dance numbers. Just a powerhouse MASTERCLASS!! Pitch perfect, her range was wonderful. Simon (Cowell) would be so proud.

She sang her greatest hits as well as covering a couple of her favourite songs from other bands/singers like Kings of Leon, Alanis Morrisette, and Kylie Minogue to name a few. I thought she did them so well too!

I’ll share a little secret with you. I found some songs so powerful they brought a few tears to my eyes. See, I admitted it! Those songs had a personal connection for me. But she made them so much more meaningful.

Some songs rocked so hard and loud that the crowd was at their feet, jumping, flinging their balloons everywhere, shouting, screaming…just having a good time.

What I expected was a bit of a diva-ish concert, with Kelly being an American Idol, but what I got was a very down-to-earth, pure talent performance from start to finish. And when I say down-to-earth, I mean it. Between songs Kelly giggled like a schoolgirl, encouraging the crowd on, all while being barefoot. Yes, you read correctly, she was BAREFOOT the whole 1 and a half hours she performed. Moreover, she sported a black top with sequins, black tights, a black skirt over said tights, blue eye makeup, some eyeliner, and tied up hair after the third songs. She didn’t even have a costume change, not that I minded in the least! That just takes up time.

All in all, a MUST-WATCH if she ever comes back again. One of the most deserving, if only, American Idols. Leaving the stadium with a sigh, a happy heart, a pair of ringing ears, and blurry eyes. All I ever want now IS MORE!!!

Disclosure: I was not compensated for this review financially or otherwise. Everything mentioned are my own thoughts based on my experience.
By Life's Simple Pleasures at 11:06 PM 6 comments

Giveaway Goodies: I Am Planning A Giveaway!!

Just like the title says, I am planning a giveaway when I reach 50 followers.

Plus, if I manage to accumulate a big stash of goodies, I may have 2 giveaways! I for local followers and 1 for international followers! That should be fun right? 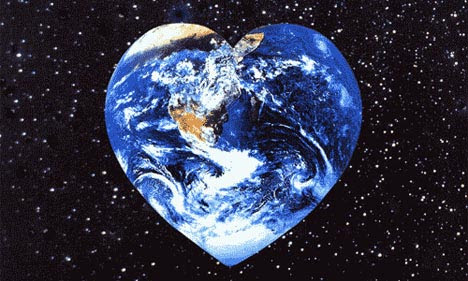 One thing we can do today is to log on to http://www.originsmalaysia.com/earthday/#, fill up our details and spread the word about Going Green. You may pick up a couple of goodies along the way so why not!?

Origins will be giving away 20,000 samples, Pavilion KL shopping vouchers, full-sized products, having an auction, and more on the 1st of May at where else but The Connection, Pavilion KL from 4-6pm.

Also, you can support their 2010 Green Initiative by buying one of their Shopping Bags. Either the ChicoBag or the Organic Cotton Shopping Tote (which I have and love since it is so sturdy)! Priced at RM 18 and RM 25 respectively, it will last a long time and you'' be helping the Malaysian Nature Society repopulate the mangrove forests of Kuala Selangor (I've personally seen how bare it is, sigh).

Guess what I tote around on my shopping trips!

Just a mini post this time. I am swamped beyond belief.

I have a RM 10 Mell Basics voucher to give away to anyone residing in Malaysia.

All you have to do is:

Be a blog follower
AND
Leave me a comment in the comments box with the words "Enter me" with your email address.

I will contact the winner via the same email address.

Winner will have 24 hours to reply or I will pick another winner.

*Update: Winner has been chosen and emailed.
By Life's Simple Pleasures at 7:18 PM 3 comments

Movie Buff: Clash of the Titans? More like The Titanic...Sinking

It is with a heavy heart that I must say that this movie disappointed me on quite a few levels. I had such hopes for this one. Especially with Sam Worthington no longer decked out in his career-boosting shade of blue, but as a real man or should I say Demi-God?

So, what is good about this movie? Besides the delish Sam Worthington? For me it was the mythological aspect of the film. Being quite the fan I am, I expected some cool mythological characters. There were a few of course, with Zeus, Hades, Pegasus, Medusa playing pretty big roles. What I didn’t expect was the Kraken, of which most of us have come to know as being from Pirates of the Caribbean. That, unfortunately, was practically all I liked about this movie.

But what was bad about it? For one thing, the space gaps! And boy were they big. Jumping through the ages as we follow Perseus’ (Sam Worthington) character growing up, jumping from one scene to a totally different one, I almost couldn’t keep up.

And how in the world can they NOT have Sam Worthington with his pecs! That is such a loss. Or perhaps I am getting too excited over the upcoming Prince of Persia with the hunky Jake Gyllenhaal in full pec mode.

AND, THE ENDING! Meh at the most. Anti-climax I say. Although I won’t say how it happened but you all know how it really ends anyway. Nothing to shout about, more like to scream about in upset.

I really think this movie was made purely for the 3D effect, something I am starting to tire from due to the mass bombardment of 3D movies recently. In truth, I only saw the 2D version but it sure isn’t good enough to make me want to sit through it again.

If you’d rather save the tenner you’d have to spend on this movie, all you have to do is watch the Disney version of Hercules The Movie and you pretty much know what happens in this one.

Till next time movie-lovers