Ooo boy this is a good topic if I say so myself. Haven't we all been seriously bummed when publishers for some reason unbeknownst to us suddenly redesign a wonderful series we were planning on collecting!? I know I have! I know this is supposed to be a Top TEN List but all my picks are from a series, one of which is VERY LONG and still ongoing so I stuck to three examples.

Shades of Earth by Beth Revis (Across the Universe #3) - OMG this is like the worst thing that could have happened! The last book and the suddenly change the covers?? WHY oh WHY!! It was SO BEAUTIFUL! I seriously don't understand. They could have offered the new redesign as a new set but no, they just had to change the last book to that cover too. And it is not a nice cover by the way. Was seriously pissed at this, seriously. 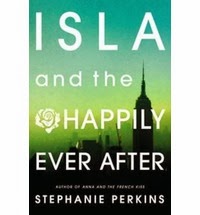 Isla and the Happily Ever After by Stephanie Perkins (Anna and the French Kiss series #3) - Okay. I have a bit of a love/hate relationship with this one. It's not that I hate it, because I don't actually. The problem I have with it is the sudden redesign after the first two books! Why can't it follow the same theme? That's the only gripe I have with this one. If the publishers had stuck to this theme from the beginning, I wouldn't have minded. And this book wouldn't be on this list. 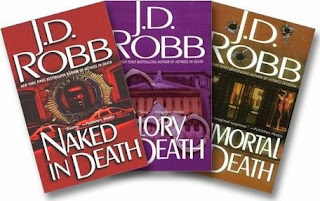 In Death series by J. D. Robb - I LOVE this series. But the covers have been redesigned so many times I can't keep up! I mean, they had such LOVELY covers. If it ain't broken why fix it right? I want to redesign them back to the old version to match my covers! I'd redesign the new books and turn them back to covers with nature or simpler themes.


What do you think about these covers? They really don't do justice to the original covers in my opinion. Do you have any covers you can't stand?
By Life's Simple Pleasures at 11:41 PM